The Prague Horrortheater will stage the European Premiere of the official adaptation of the 80's Horror cult movie „Fright Night“, by playwright James Michael Shoberg, based on the original work by Tom Holland; An award winning team of Directors, Actors, Sound designers, Video artists, Live Musicians and Puppeteers from all over Europe will bring one of the most beloved Horror movies of it’s decade to life on the stage of the Divadlo X10 in the very heart of Prague!

Charley Brewster is an all-American teen: The only things on his mind are his girlfriend Amy, and horror movies - sadly, not necessarily in that order. And when new charismatic neighbor Jerry moves next door, coinciding with a series of bloody murders in the area, Charley knows that there can be only one answer to this mystery: Jerry must be a vampire!

But after neither the authorities nor his girlfriend or his best friend - the town misfit "Evil Ed" - believe him, he turns to his biggest idol for help: washed up horror actor Peter Vincent, who spends his days presenting his own old B-movies on TV, and who surely must know a thing or two about how to kill such a monster.

When more people around him disappear and his own family is threatened, Charley's obsession with his neighbor leads him to cook up a plan to kill Jerry.

Can his friends stop him in time? And more importantly: Will they stand by him when they realize that Charley was right all along and that they have now become targets of an undead serial killer?!

This is a horror story about growing up, finding your own true self and the joy of fitting in - even into a tribe of bloodlusting vampires!

"'Fright Night' isn't something that we would normally do on stage; We're not particularly interested in horror films, their influence on our work has always been marginal. But when we got the offer to produce the European premiere of the theatrical adaptation, we started to see the story about a teenager who is convinced that his charming new neighbour is a serial-killing vampire in a slightly different context: It's not our intention simply to stage the play on a classic proscenium stage, but in an industrial setting. A central scene of the play takes place in a nightclub, so why shouldn't the audience feel like they're in one at all times? Why not have a rock band on stage accompanying the happening with a few chords the whole time? An actor in a werewolf costume is ridiculous, so why not incorporate more abstract artistic elements like puppetry? What we are planning goes far beyond what most people imagine when they think of horror theatre.”

Our Location - The Divadlo X10 in the Heart in Prague.

"The central scene of Fright Night is set in a Night Club, so instead of staging the play in a traditional Theater, we want the audience feel like they are sitting in a Night Club the whole time."

Before moving to Prague in 2021, we produced 13 Plays – raging from tounge-in-cheek to serious full length plays, nearly 100 readings of classic Horror literature, audio dramas and short films; Over the span of 11 years we held lectures, ran a pop-up reading stage, taught Horrortheatre courses on schools all over Germany, initiated the worlds first Horror-themed Poetry Slam and even published the first novel by an German Theater company.

And since moving to Prague, we were able to bring much of our small scale Program to local stages and cultural hubs – but nothing like this! 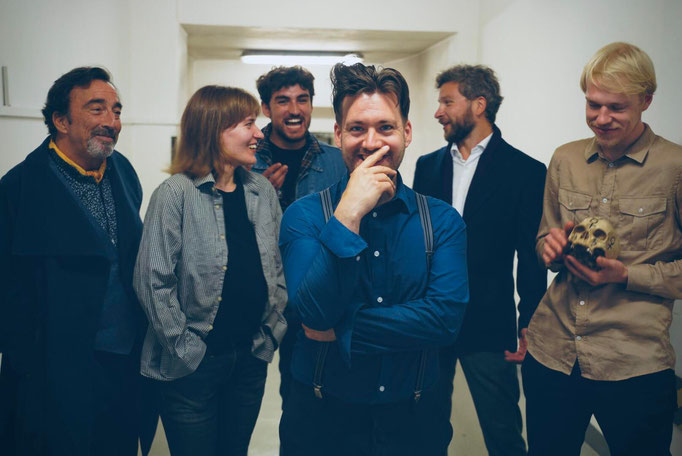 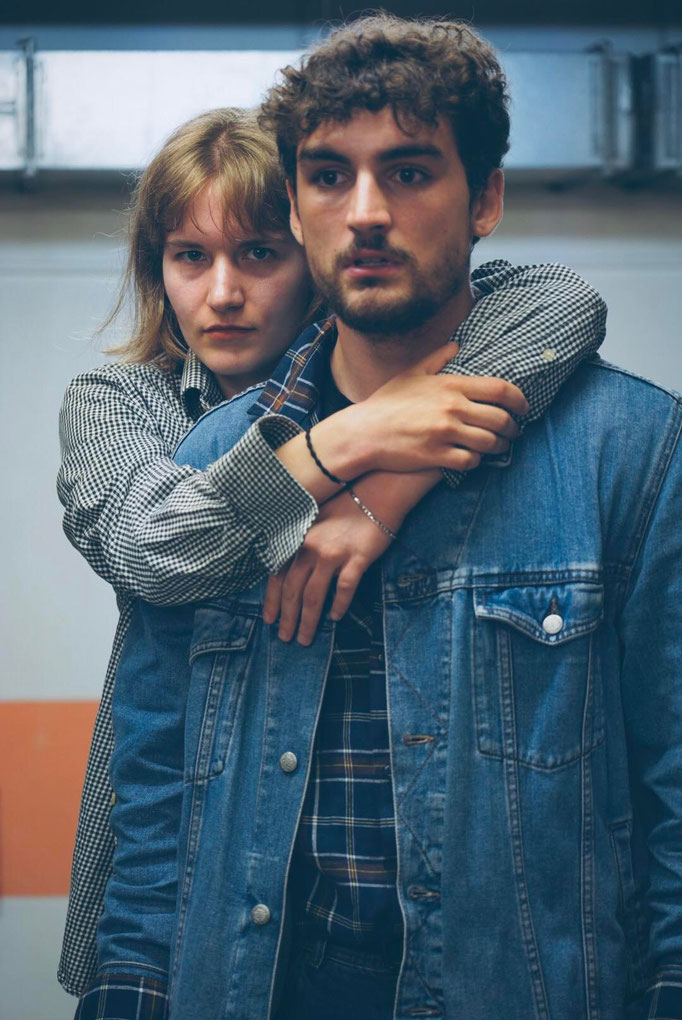 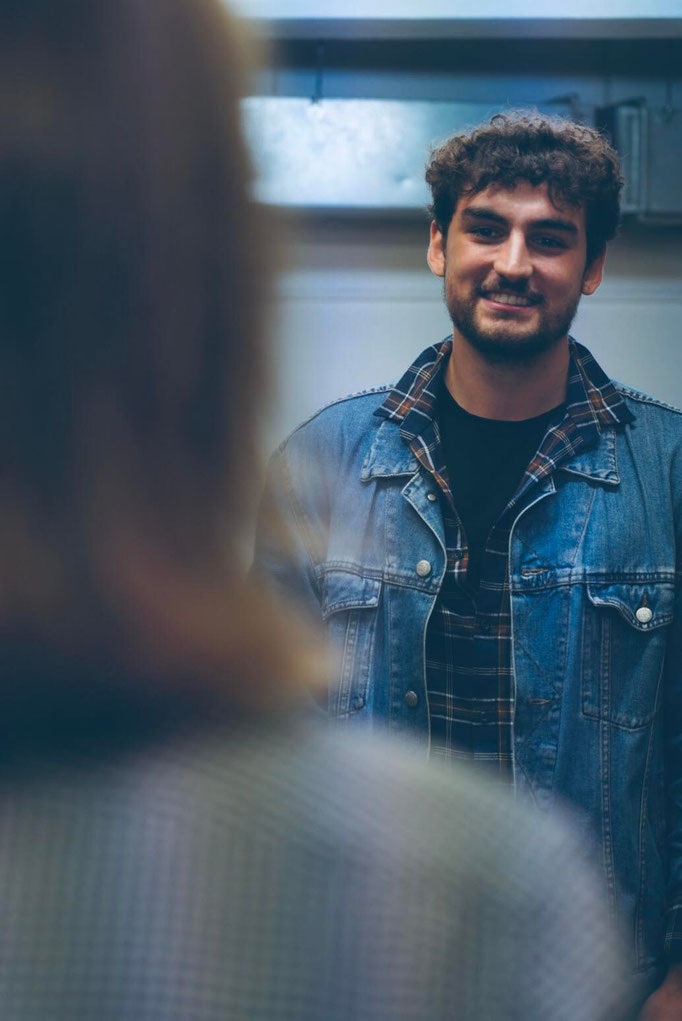 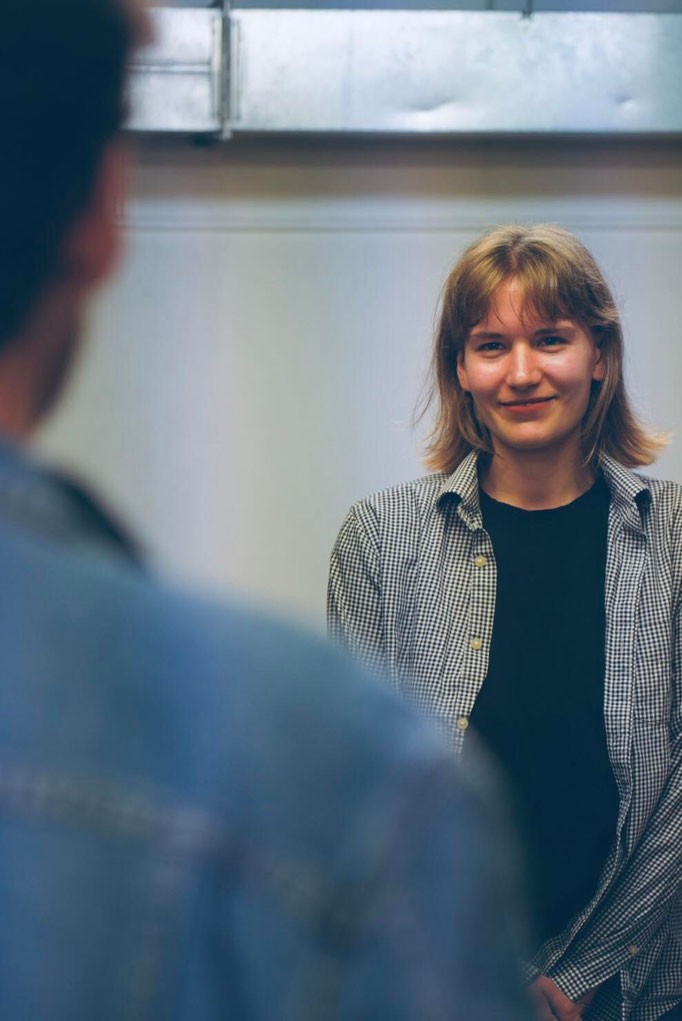